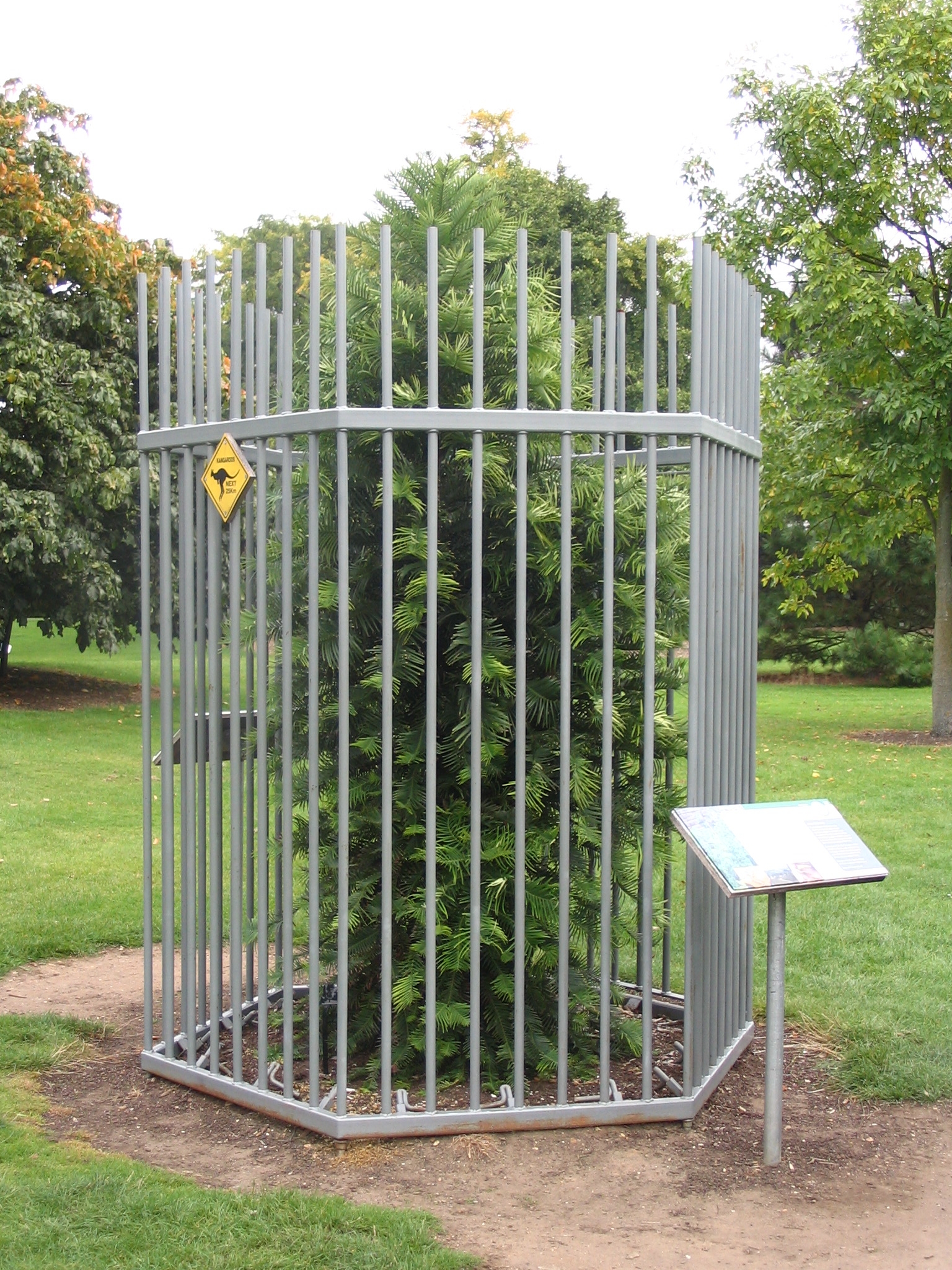 Just like people, plants can tell some interesting stories. Check out the tales of these trees.

Wollemi pine (Wollemia nobilis). A prehistoric tree that grew 90 million years ago, the Wollemi pine was thought to be extinct until a stand of the trees was found about 20 years ago growing in a national park just north of Sydney, Australia. The photo above is of a Wollemi pine taken at the Royal Botanic Gardens, Kew, in London, England, about ten years ago. Read more about the Wollemi pine here.

Lodgepole pine (Pinus contorta). The 1988 fires burned over one million acres in Yellowstone National Park. Though it burned through acres of vegetation, the fire actually heated up the resin within the pine cones of the lodgepole pine, releasing the seeds which otherwise would have been held captive inside the cones for many years. Many seedlings germinated by the following year. Read more about the lodgepole pine here.

General Sherman giant redwood (Sequoiadendron giganteum). The world’s largest tree by volume is located in the Sequoia National Park in California. Check out the stats on the General Sherman tree here.

[Note: This article was originally published as part of a larger article “Warrior Plants” in the AHTA News Magazine for the American Horticultural Therapy Association.]